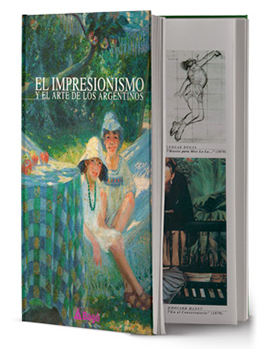 Synopsis: Impressionism is the artistic movement that had greatly influenced the work of major Argentine artists such as Quirós, Fader and Quinquela Martín, among other. The development of impressionism in Europe and its evolution in Argentina is analyzed through over 360 color reproductions, departing from a comprehensive study of the life and work of the top thirty representatives of Argentine art.

• It has been declared of Cultural Interest by the Argentine Culture Secretary Office.